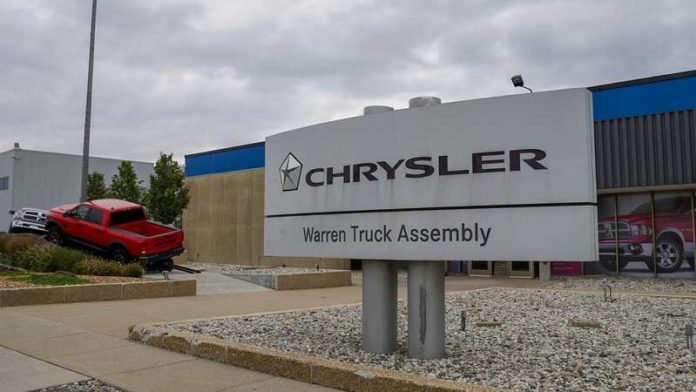 More than 130,000 U.S. autoworkers returned to factories on Monday for the first time in nearly two months in one of the biggest steps yet to restart American automotive industry, while an experimental vaccine against the coronavirus yielded encouraging results in a small and extremely early test.

Stocks rallied on the vaccine news and signs that the worst of the crisis has passed in many countries. The Dow Jones Industrial Average soared about 900 points, or nearly 4%.

Automakers put screening procedures in place as Detroit’s Big Three — Fiat Chrysler, General Motors and Ford — as well as Honda and Toyota reopened dozens of factories from the Great Lakes states south to Tennessee and Texas and out west to Tesla’s factory near the San Francisco Bay. No one was immediately cranking out vehicles, because it will take time to get the plants restarted. But workers appeared reassured by the precautions.

At a Fiat Chrysler pickup truck assembly plant in Warren, outside Detroit, workers entered a giant white tent with a sign reading, “Let’s restart and keep each other safe.” Inside they had their temperatures checked and answered questions on whether they had symptoms of COVID-19.

“I feel safer than being anywhere at any stores, because they got the screening and everything,” said Ann’alazia Moore, a janitor at the factory. “I feel like that’s amazing. That’s smart. I like that. So, I feel more safe. I won’t get sick.”

Cole Stevenson, who installs steering wheels at a Ford pickup truck plant in Dearborn, Michigan, said, “The parts of the plant where people would be closer together, they’ve put up a lot of partitions. You can tell they’ve taken tape measures to just about any surface two people would need to be near each other.”