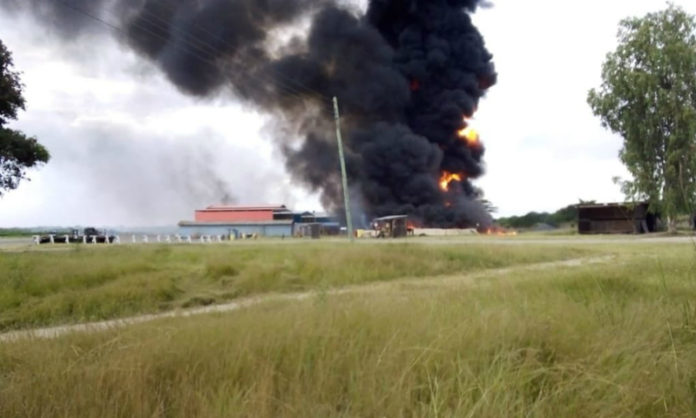 Al-Shabab fighters have attacked a military base in Kenya’s Lamu County used by US and Kenyan military personnel, the East African country’s army and the armed group said.

Kenyan Defence Forces (KDF) said in a statement on Sunday that “at around 5:30am an attempt was made to breach security at Manda Air Strip.”

The attempted breach was successfully repulsed. Four terrorists’ bodies have so far been found. The airstrip is safe,” the statement added.

Earlier, al-Shabab said in a statement the raid resulted in “severe casualties on both American and Kenyan troops stationed there.”

“The Mujahideen fighters covertly entered enemy lines, successfully stormed the heavily fortified military base and have now taken effective control of a part of the base,” the armed group said.

The attack sent a dark plume of smoke into the air, Abdallah Barghash, a witness, told Reuters news agency. Barghash was among the crowds watching the drama unfold on Manda Island from neighbouring Lamu Island, a top tourist destination.

Al-Shabab has maintained a campaign of deadly bomb and gun attacks despite being ejected from their bases in the Somali capital, Mogadishu, and other areas years ago.

The group also carries out frequent attacks in neighbouring Kenya, which sent thousands of its troops into Somalia to fight al-Shabab.

This attack comes nearly a year after Al-Shabab launched a deadly suicide attack on the upscale 14 Riverside complex in the Kenyan capital Nairobi, killing 21 people.

This week, they killed three passengers when they attacked a bus in Lamu County, police said.