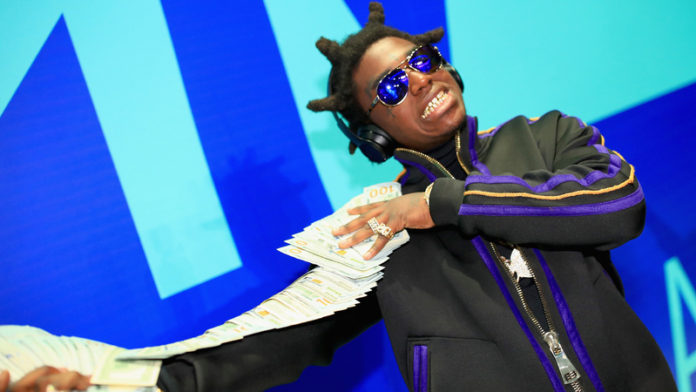 Kodak Black will spend three years and ten months in prison after pleading guilty to a firearms charge.

Rapper Kodak Black has been sentenced to three years and ten months in prison on federal firearms charge.

Kodak Black, 22, whose birth name is Bill K. Kapri, pleading guilty back in August to weapons charges and making false statements on a background form in January and March to acquire firearms from a Miami-area firearms dealer. Black apologized in court.

“I have made some decisions I’m not proud of making,” Black said in court. “I do take full responsibility for my mishap.”

Black was sentenced to 46 months in federal prison during a hearing Wednesday in U.S. District Court, Miami.

During the hearing US District Judge Federico A. Moreno sentenced Black to three years and ten months in prison followed by three years of supervised release. The maximum sentence he could have received was 10 years.

“Young people do stupid things and I normally give them a break for that,” Judge Federico Moreno told Black. “The problem is that you have been doing stupid things since 15.”

Black was arrested in May on federal and state firearms charges at the Rolling Loud hip-hop festival in Miami. It was his second arrest after April, when he was arrested on gun and drug charges in New York .