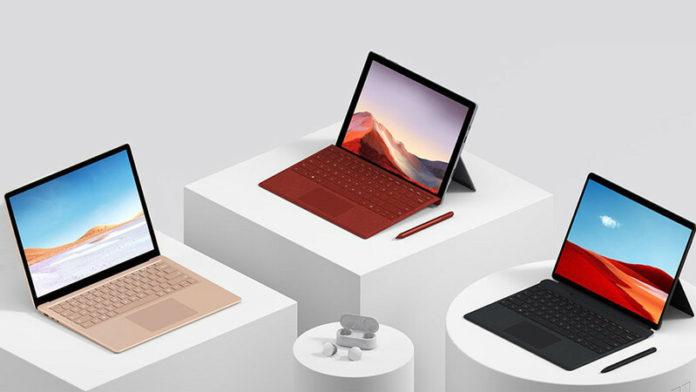 Microsoft has finally revealed its latest innovation that is the Surface line of products. They will be available in the market in the middle of 2020. The products were revealed at Microsoft Event in New York City.

The Surface line of products which include the Surface Duo, the Surface PC lineup and the Surface Neo were presented by Microsoft at a safe distance from the media. It is unclear how these products will do in the market when revealed and how they will be reviewed. What is clear on the other hand though here is that Microsoft does have vision and is trying to rebranding Windows. The reviews for that have been quite optimistic.

The Microsoft Neo is a huge glass screen protected device which runs on Windows 10 X, an upgraded form of Windows 10. Windows 10 X might be available for competitor computer devices as well.

Microsoft Duo is a foldable phone similar to Samsung Galaxy’s Fold. It is 8.3 inches when it is in an unfolded position. The Microsoft Duo runs on Google’s android operating system. It is important to mention that Google is burying the hatchet with its competitors such as Amazon and Microsoft and is working on things that will and are proving mutually beneficial to companies.