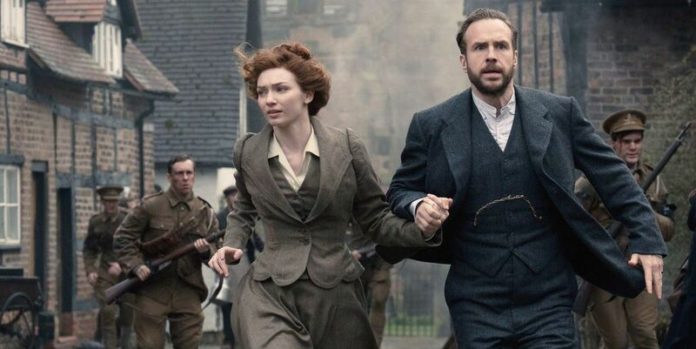 BBC releases War of the World’s trailer. This is the first time; the science fiction classic from H.G Wells has been adapted in the history of British Television.

The British Broadcasting Corporation (BBC) has finally released the trailer for its forthcoming adaptation of H.G Wells’s classic science fiction novel War of the Worlds. It has been produced by Betsy Morris Evans of The City in The City fame and Mammoth Screen. The limited series adaptation will air on BBC one in the United Kingdom.

In addition to Betsy Morris Evans, the show has been executive produced by Craig Viveiros, Damien Timmer, Preethi Mahavali, Peter Harness and Tommy Bulfin. Craig Viveiros who is also directing the show commented “H.G. Wells’ seminal novel has been adapted for the screen many times but it’s always had a contemporary (and American) setting, this is the first version to be set in London and the Home Counties during the Edwardian period. Peter’s scripts manage to honour the source material with great skill, but we aim to provide a thoroughly modern thrill ride for the audience, delivering an alien invasion story that will shock and awe audiences across the globe.”

The setting is that of Edwardian England in the Surrey County. This three-part limited series adaptation stars Rafe Spall of Jurassic World: Fallen Kingdom fame alongside other well known names such as Eleanor Tomlinson, Rupert Graves and Robert Caryle. They play earth citizens that are involved in a troublesome situation after killer aliens land in their part of the world with the aim of destroying humans and earth.

While the series will be aired on BBC One in the UK, ITV Studios has distributed the show many parts in Europe and Africa. It will see a release in the United States as well quite possibly on BBC America.