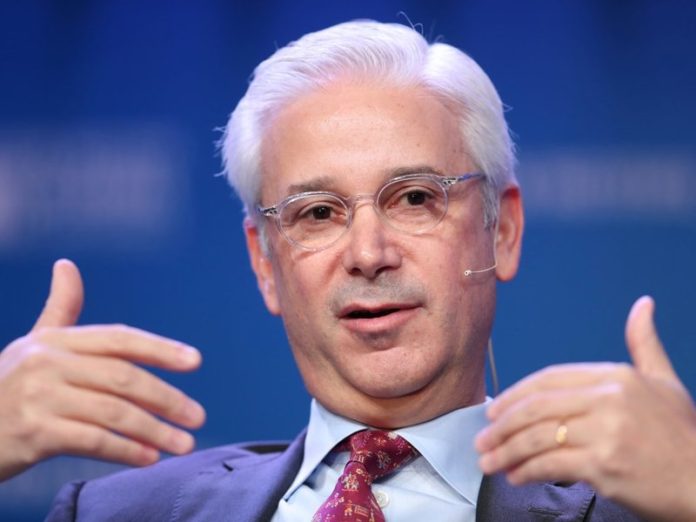 Wells Fargo has announced Bank of New York Mellon Chief Charles Scharf as its new CEO. He is also getting a 40% raise for the job.

Wells Fargo has a lot of scandals and has ruined it reputation. On Friday, the infamous company named Bank of New York Mellon Chief Charles Scharf as its new Chief Executive Officer (CEO). He also will be getting a 40% raise for this particular position. It does tell one about the troubles the company is deeply in.

Charles Scharf has been the CEO of Visa as well. In his early days, he was a close deputy to Jamie Dimon of JPMorgan Chase. He moved within the executive from Banc One and then finally became the head of retail operations at what is possibly the U.S’s largest bank. Scharf will officially assume the role of CEO from October this year.

Tim Sloan, former CEO and veteran Wells executive resigned in March, earlier this year. His abrupt resignation came as a shock to Wells Fargo. Ever since then the company has been struggling to find a replacement.

While Wells Fargo has had its share of problems, UBS analysts seem optimistic regarding Scharf’s hiring. They stated in a research note “The appointment of Mr. Scharf removes a major overhang and Mr. Scharf’s experience in leadership roles at a diverse array of public traded financial institutions provides valuable experience and, importantly, suggests that shareholder value will be an important prism through which decisions are made.”

Wells Fargo board chair Betsy Duke said regarding Charles Scharf’s hiring “Charlie is a proven leader and an experienced CEO who has excelled at strategic leadership and execution and is well-positioned to lead Wells Fargo’s continued transformation,”