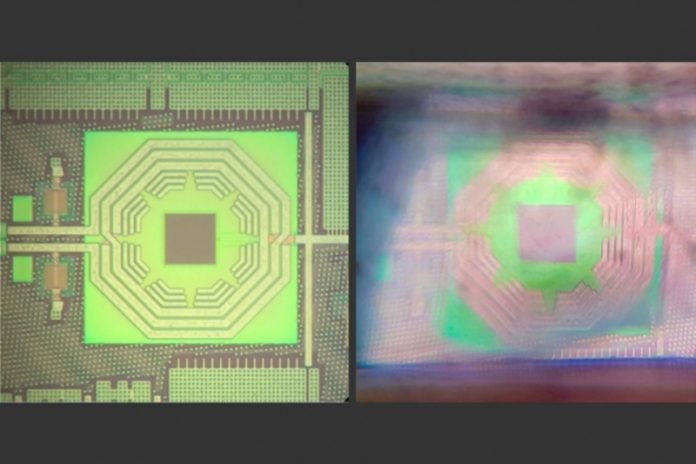 Researchers at the Massachusetts Institute of Technology (MIT) have made a major breakthrough by creating a diamond-based quantum sensor on a chip.

Researchers at the Massachusetts Institute of Technology (MIT) have come up with a diamond-based quantum sensor on a chip. As per the researchers this great innovation will put forward low-cost and scalable hardware for the field of quantum technology in terms of sensing, computing and communication. This breakthrough uses the maximum advantage of nitrogen-vacancy centers, one of the many point-defects present in diamond. The most useful and researched property is photoluminescence which can be detected quite easily from a nitrogen-vacancy (NV) centre particularly those that are negatively charged that is electrons.

The complicated NV centre and their usage into the diamond-based quantum sensor on a chip have been understood by the researchers at MIT. The quantum sensor has the ability to sense direction as well as the magnitude of magnetic fields. It operates at room temperature.

The researchers were able to use the sensors for magnetometer measuring of atomic scale shifts in frequency. It is a huge possibly that the particular data from the sensors might have information regarding the environment, a relevant topic especially after the awareness and dangers of climate change in present time.

Ron Walsworth, who is a senior lecturer at Harvard University and whose group is responsible for developing high-resolution magnometry tools via NV centers commented on the breakthrough “I am enthusiastic about this quantum sensor technology and foresee major impact in several fields,”