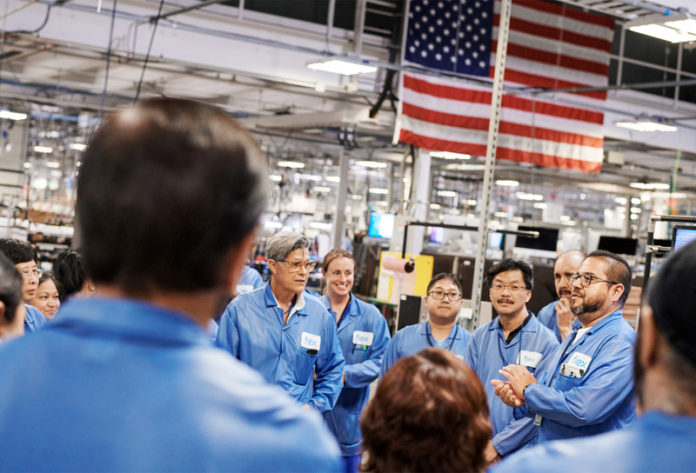 Apple’s new version of the Mac Pro will be made in Austin, Texas instead of China this time in order to avoid paying tariffs.

Apple made a surprising revelation about its latest Mac Pro on Monday. The big news is that its latest addition to the Mac Family will be made right here in the United States. The Mac Pro will be made in Austin, Texas in order to avoid China Tariffs.

While most of Apple products are assembled in China, the Mac Pro is the first and so far the only Apple product to be made in the United States. The company confirmed on Monday that Apple had received federal product exclusions allowing it to import some Mac Pro parts without paying tariffs.

Earlier reports suggested that the Mac Pro will be manufactured in China and this time would not be any different. Apple did however reveal that it would actually be made in Austin this time. The company did not mention when the latest Mac Pros will hit stores but they did state that production will begin pretty soon.

The latest Mac Pro was revealed at its Worldwide Developer Conference in June this year. It will be available at a price of $5,999 and has components from a lot of US companies. U.S President Donald Trump tweeted about Apple’s decision to make the new Mac Pro in Texas “A man I have a lot of liking for and respect is Tim Cook, and we’ll work it out, I think they’re going to announce that they’re going to build a plant in Texas, and if they do that I’m starting to get very happy, okay.”

Apple is committed to invest $350 Billion in the U.S economy by 2023. Just last year, the company contributed $60 Billion to the U.S Economy.