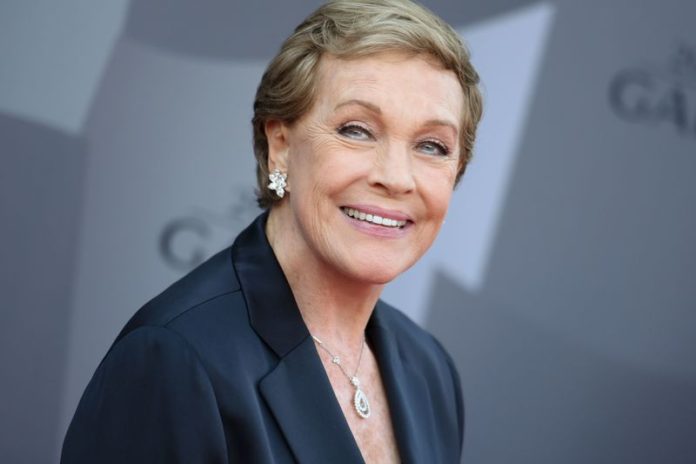 Renowned actress Julie Andrews has been honored with 48th Lifetime Achievement Award for her a remarkable career in Hollywood.

English actress, author and singer Julie Andrews has been bestowed with America’s highest honor for a career in film, the America Film Institute Lifetime Achievement Award. This speaks volumes for someone who is from the United Kingdom to be honored with the most prestigious award in American film.

The award will be presented to the Mary Poppins actress at a Gala Dinner on 25 April 2020. A tribute to Andrew will also air on cable network TNT on 7 May Thursday at 10PM EST/PST. Encore presentations will air on sister channel Turner Classic Movies (TCM).

Julie Andrews made her feature film debut in Mary Poppins. She has been nominated for her roles in films such as Victor Victoria and The Sound of Music. Andrews is the recipient of five Golden Globe Awards, three Grammy Awards and two Emmy Awards.

The British talent will soon be seen in Netflix’s Bridgerton, a new television series from Grey’s Anatomy, Scandal and How to Get Away with Murder creator Shonda Rhimes. The Sound of Music actress is also the recipient of prestigious awards such as SAG Lifetime Achievement Award, Kennedy Center Medal and a Venice Film Festival’s Golden Lion for Career Achievement, the latter for which she was awarded last month.

Julie Andrews is the tenth woman to be honored with the AFI Lifetime Achievement Award. They were first awarded in the year 1973. Denzel Washington was honored with the award this year which was presented to him in June.