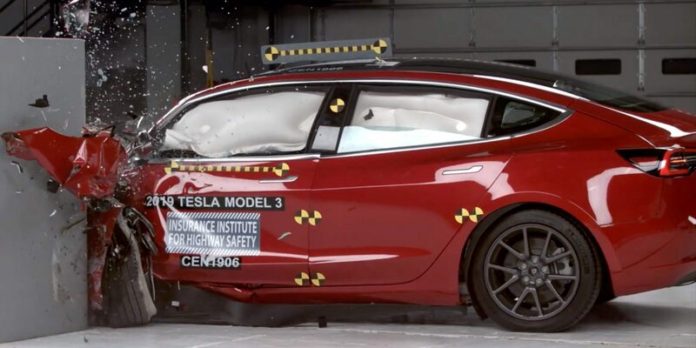 Tesla’s Model 3 Sedan has received the Top Safety Pick+ award from the Insurance Institute for Highway Society (IIHS) on Thursday.

Tesla’s Model 3 Sedan has been awarded the “Top Safety Pick+” designation from IIHS that is the Insurance Institute for Highway Society. The IIHS announced that 2019 Tesla Model 3 is the winner of the safety award on Thursday.

Tesla’s Model 3 is the second electric vehicle to be honored with IIHS top safety rating. The first one electric vehicle to receive the IIHS top safety rating was Audi e-tron SUV.
IIHS Chief Research Officer, David Zuby said “Vehicles with alternative power trains have come into their own” “There’s no need to trade away safety for a lower carbon footprint when choosing a vehicle.” He further said.

IIHS stated regarding what classifies a vehicle to earn a safety award;

To earn a 2019 TOP SAFETY PICK award, a vehicle must earn good ratings in the driver-side small overlap front, moderate overlap front, side, roof strength and head restraint tests, as well as a good or acceptable rating in the passenger-side small overlap test. It also needs an available front crash prevention system with an advanced or superior rating and good- or acceptable-rated headlights.

The model 3 is a midsized luxury car that is an affordable Tesla vehicle. It comes with a standard front crash prevention system which makes it having the ability to avoid collisions in both 12 mph and 25 mph and it passed through the IIHS track tests as well. Its superior headlights also give it a place to earn in the Safety Award category.