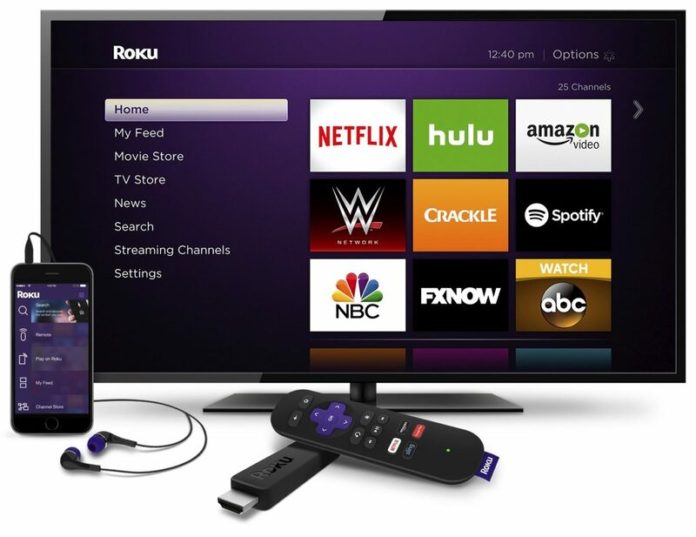 Roku’s stock has fallen following news that Facebook and Comcast are introducing new tricks in the streaming services market.

Roku’s stock fell at 14 percent to 129.44. It is important to mention to here that even the pioneering streaming service Netflix was also affected sliding at more than 3 percent. Comcast shares are up to 0.02 percent on the other hand whereas, Facebook’s shares are up at 0.13 percent.

This is huge news in the streaming battlefield and the competition is getting tougher and tougher. Xfinity Flex, the streaming box from Comcast will be available for free to internet-only subscribers. Prior to that, the pricing was at $5 a month. On the other hand Facebook’s Portal TV lets users have the ability to video call and stream content from different streaming services such as Facebook Watch, Showtime and Starz.

Last Tuesday, Roku’s stock fell as well because of Apple’s surprising announcement. Apple TV announced that it will be giving a free year of Apple TV+, its upcoming streaming services to people who purchase Apple products such as Macs, Iphones,Ipads, Iphone touch devices or Apple TV. Roku’s stock fell at 10.5 percent following the announcement. Currently, Apple, on the other hand, has increased at 0.22 percent.

Roku’s shares have increased fourfold in 2019. However, with Facebook, Apple, and Comcast becoming alert in the streaming service zone, it possesses a huge risk to Roku. The big question here is how will Roku challenge these industry giants in the field of which itself is basically a pioneer of.